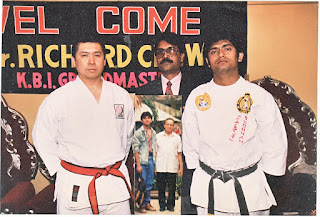 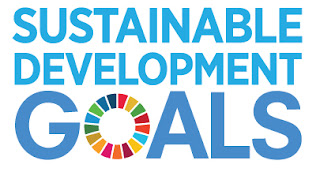 In Vedic Sanskrit, yoga (from the root yuj) means "to add", "to join", "to unite", or "to attach" in its most common literal sense. By figurative extension from the yoking or harnessing of oxen or horses, the word took on broader meanings such as "employment, use, application, performance" (compare the figurative uses of "to harness" as in "to put something to some use"). All further developments of the sense of this word are post-Vedic. More prosaic moods such as "exertion", "endeavour", "zeal", and "diligence" are also found in Indian epic poetry.
There are very many compound words containing yoga in Sanskrit. Yoga can take on meanings such as "connection", "contact", "union", "method", "application", "addition" and "performance". In simpler words, Yoga also means "combined". For example, guṇáyoga means "contact with a cord"; chakráyoga has a medical sense of "applying a splint or similar instrument by means of pulleys (in case of dislocation of the thigh)"; chandráyoga has the astronomical sense of "conjunction of the moon with a constellation"; puṃyoga is a grammatical term expressing "connection or relation with a man", etc. Thus, bhaktiyoga means "devoted attachment" in the monotheistic Bhakti movement. The term kriyāyoga has a grammatical sense, meaning "connection with a verb". But the same compound is also given a technical meaning in the Yoga Sutras (2.1), designating the "practical" aspects of the philosophy, i.e. the "union with the supreme" due to performance of duties in everyday life.
According to Pāṇini, a 6th-century BCE Sanskrit grammarian, the term yoga can be derived from either of two roots, yujir yoga (to yoke) or yuj samādhau (to concentrate). In the context of the Yoga Sutras of Patanjali, the root yuj samādhau (to concentrate) is considered by traditional commentators as the correct etymology. In accordance with Pāṇini, Vyasa who wrote the first commentary on the Yoga Sutras, states that yoga means samādhi (concentration).
According to Dasgupta, the term yoga can be derived from either of two roots, yujir yoga (to yoke) or yuj samādhau (to concentrate). Someone who practices yoga or follows the yoga philosophy with a high level of commitment is called a yogi (may be applied to a man or a woman) or yogini (traditionally denoting a woman)
United National Declaration for International Day of Yoga:

On 11 December 2014, India's Permanent Representative Asoke Mukherji introduced the draft resolution in UNGA. The draft text received broad support from 177 Member States who sponsored the text, which was adopted without a vote. This initiative found support from many global leaders. A total of 177 nations co-sponsored the resolution, which is the highest number of co-sponsors ever for any UNGA resolution of such nature.
When proposing 21 June as the date, Modi said that the date was the longest day of the year in the northern hemisphere (shortest in the southern hemisphere), having special significance in many parts of the world. From the perspective of yoga, the summer solstice marks the transition to Dakshinayana. The first full moon after summer solstice is known as Guru Poornima. Shiva, the first yogi (Adi Yogi), is said to have begun imparting the knowledge of yoga to the rest of mankind on this day, and became the first guru (Adi Guru). Dakshinayana is also considered a time when there is natural support for those pursuing spiritual practices.
Following the adoption of the UN resolution, several leaders of the spiritual movement in India voiced their support for the initiative. The founder of Isha Foundation, Sadhguru, stated, "this could be a kind of a foundation stone to make scientific approach to the inner well-being of the human being, a worldwide thing... It's a tremendous step for the world." The founder of Art of Living, Ravi Shankar, lauded the efforts of Modi, saying, "It is very difficult for any philosophy, religion or culture to survive without state patronage. Yoga has existed so far almost like an orphan. Now, official recognition by the UN would further spread the benefit of yoga to the entire world."
2015 International Day of Yoga
Indian Navy personnel practice yoga on board INS Jalashwa in 2015
The first International Day of Yoga was observed world over on 21 June 2015. The Ministry of AYUSH made the necessary arrangements in India. 35,985 people, including Narendra Modi and a large number of dignitaries from 84 nations, performed 21 yoga asanas (postures) for 35 minutes at Rajpath in New Delhi. The day devoted to yoga was observed by millions across the world. NCC cadets entered the Limca Book of Records for the "largest yoga performance simultaneously by a single uniformed youth organisation" by performing at multiple venues.
The event at Rajpath established two Guinness world records awarded to the Ministry of AYUSH and received by AYSH minister Shripad Yesso Naik. The two records were for the largest yoga class, featuring 35,985 people, and for the largest number of participating nationalities (84 nations).
A senior government official said, "The government of India has decided to take forward the momentum created by International Day of Yoga, 2015 with greater and more active participation of youth during the current year celebrations." The ministry organized an event titled "The National Event of Mass Yoga Demonstration" at Chandigarh, which was to be attended by the Indian Prime Minister.
India's Permanent Mission to the UN organized celebrations at the United Nations on 20 and 21 June, 2016. A special event titled "Conversation with Yoga Masters – Yoga for the achievement of the Sustainable Development Goals (SDGs)" was the centerpiece. Sadhguru was the main speaker at the event.
During the first International Yoga Day celebrations in Delhi, the Prime Minister led more than 35,000 participants performing yoga. 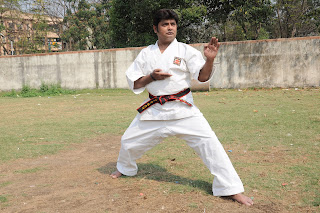 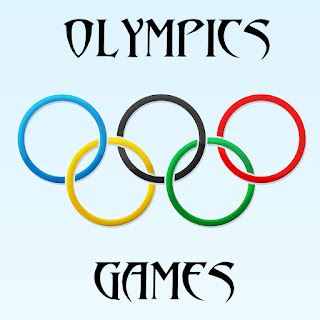 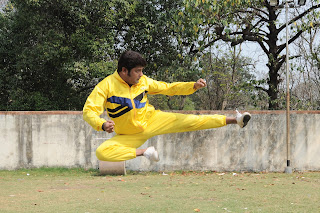 List of Yoga Stretches & Poses for Martial Arts - with instructions & videos
Posted by Unknown at 13:08 No comments: